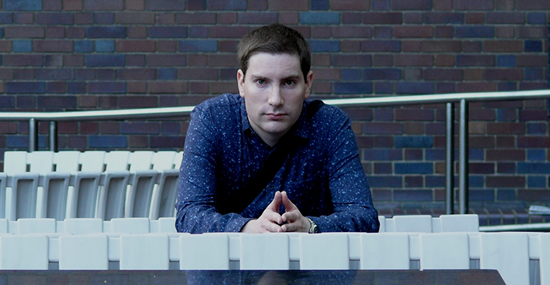 The most obvious points of comparison for Knowing the right question to ask probably lie with the early work of Harold Budd, together with the string of 1970s albums with which Brian Eno pretty much single-handedly defined the ambient genre. On a more contemporary note, the album at times possesses a vibe that recalls the solo work of The Necks’ Chris Abrahams. Col also cites Miles Davis’ classic In A Silent Way as an aesthetic touchstone, and one can sense him reaching towards that feeling of cocooned immersion which Davis achieved so perfectly with his electric jazz landmark.

Col’s first steps in music production came when he started creating soundtracks to the animated films that he was working on at art college in Norwich, and at this time he mainly experimented with sound generation through manipulating and scratching guitar strings. Following these initial forays he left music in the background for a period while he concentrated on working in other areas, particularly animation and writing, but he ultimately felt something compelling him to return to music, and Counter Silence was born.

The Counter Silence working process typically begins with exploratory improvisation on a Yamaha keyboard, with Col often spending hours working out patterns and themes, and then layering a series of these one upon the other, stretching and bending the notes, and processing the sounds through reverb and a myriad other effects, to the point that something quite different emerges. In the last year he has started to complement his keyboard work by experimenting with sample-based techniques, building up a library of sounds generated by striking various household objects with a drumstick and then manipulating the results to bring out their most intriguing sonic qualities. This alchemical process, transforming a tiny piece of the domestically mundane into something of delicate beauty, seems almost perfectly emblematic of the Counter Silence project, digging for gold behind the anonymous walls of suburbia.

Counter Silence
This Is Only Part Of The Story