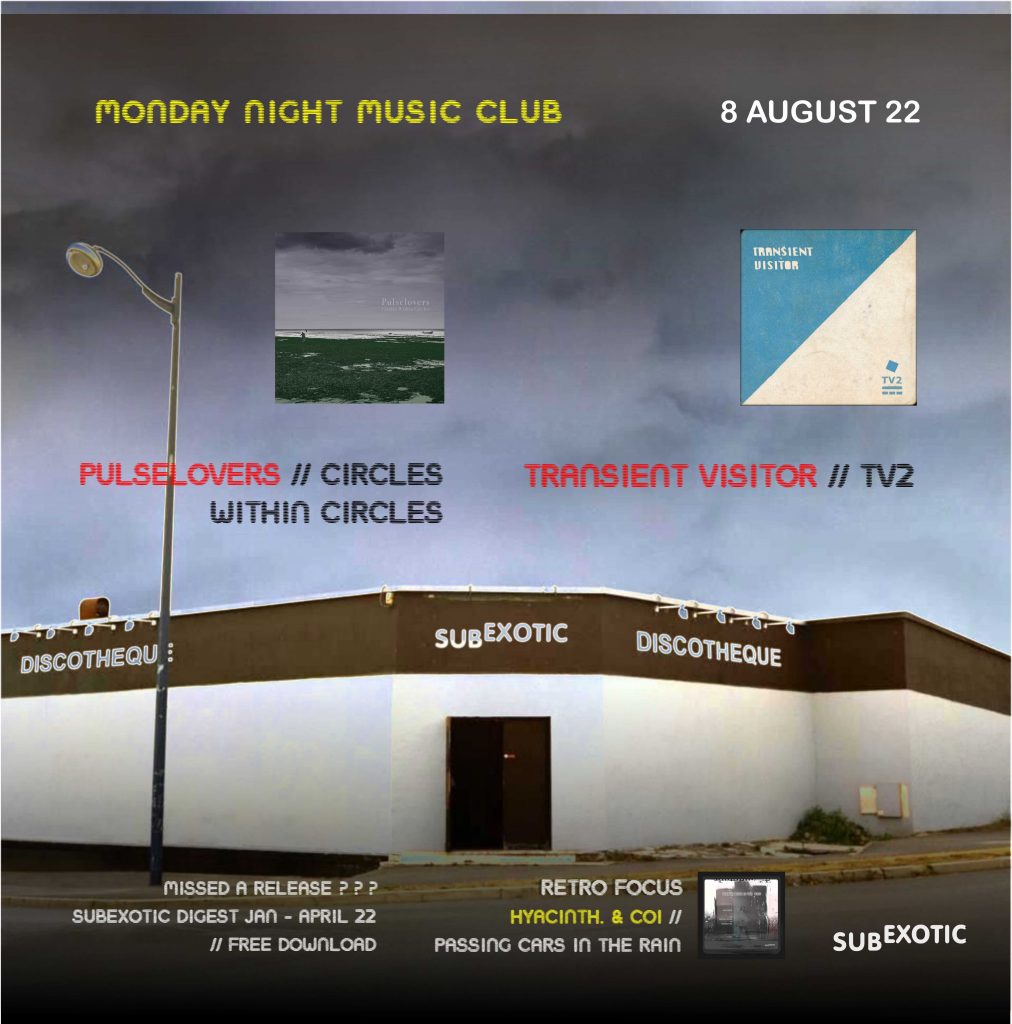 Two new albums will go on pre-order. Subexotic is very excited to be working with the wonderful Mat Handley under his Pulselovers moniker. Circles Within Circles is a retrospective compilation of his contributions to the iconic A Year In The Country albums over the last few years. The tracks stand as a towering tribute to Mat's enormous talent, and come in a beautifully presented transparent magenta pressing.

Transient Vistor returns for more fun and games with their follow up album TV2. Quirky and energetic to the last, these two well loved producers serve up another feast of 90's inspired dancefloor bangers through their own unique TV prism. TV2 will be available as a clear Flexi-disc album in the Lathe Cut Solutions series.

Missed out on any releases earlier in the year? Monday Night Music Club will also be offering a Subexotic Digest free download, including tracks from albums released between January and April. Contained within the mix, there will be a secret code which unlocks a 10% discount in the Subexotic Bandcamp shop till Tuesday 9th at noon.

Finally, the Retro Focus will be on Passing Cars In The Rain by Hyacinth. and The Central Office of Information, with the CD version being made newly available on Bandcamp. 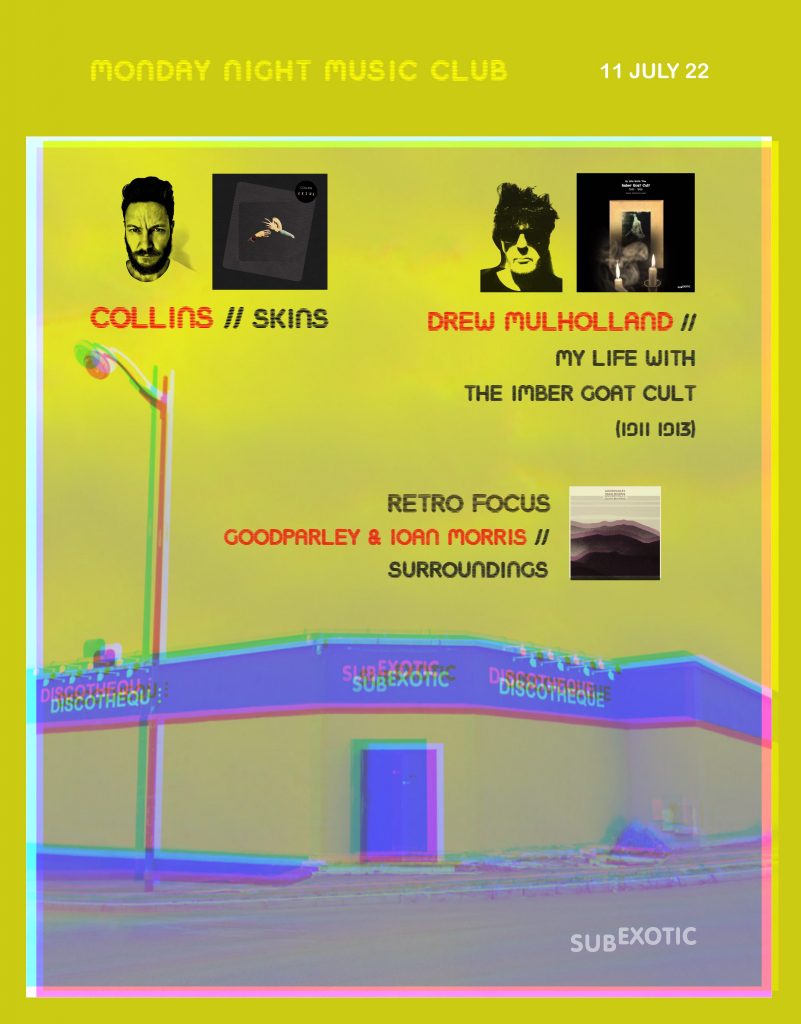 Traverse the edge of darkness with two class producers..

Up for grabs from 7pm BST

The Lathe Cut Solutions series returns with a couple of outstanding contributions from Cub\cub and Dogs Versus Shadows.

Cub\cub - Nothing New Under the Sun

Dogs Versus Shadows - Smog & An Ambush 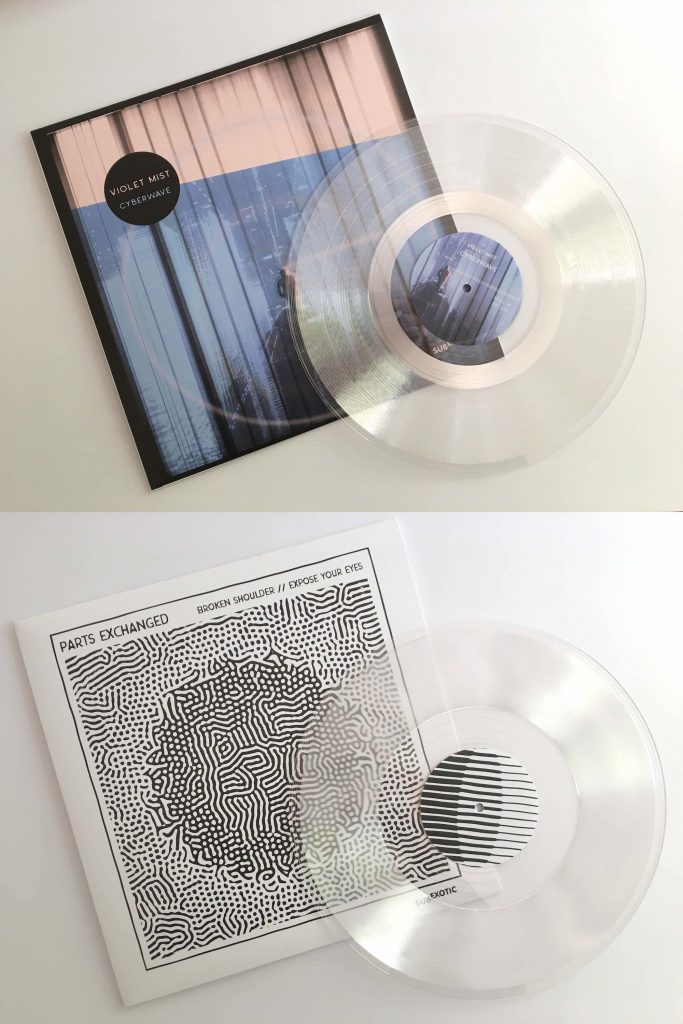 First up in the series:

Some serious talent up for grabs with two new releases on Subexotic.

Swansither's debut album on Subexotic INNER SPACE is a helter-skelter of chunky electronic delights. It's clear Tom is going places, and judging by this he's in a hurry! Don't hang about - numbers are strictly limited on this one..

Release day is the 20th May 2022. Do not miss this either of these stunning new works.. 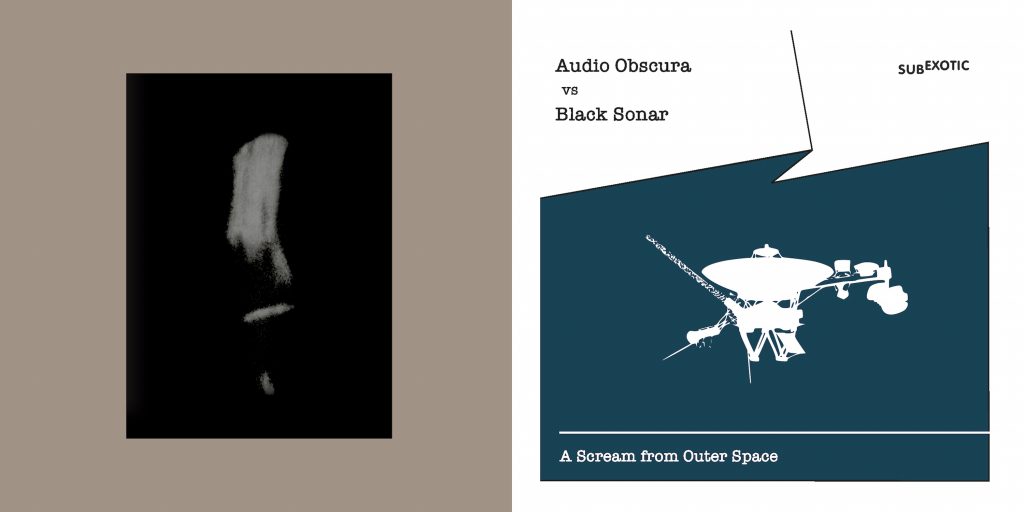 First up, we have a sensational new album from Varese based artist Pluhm - 'Canzoni Di Buio E Luce' (Songs of Dark and Light). This is an immersive musical expression through a seductive blend of hazy ambient drone and neoclassical piano phrases. The tone is an intriguing blend of distant and flawed textures, and we become slowly gripped as it masterfully builds to a succession of warmly melancholic crescendos.

Secondly, a spell-binding collaboration between the band Black Sonar (based in Rome & Florence), and Audio Obscura (Norfolk) 'A Scream from Outer Space', investigates the phenomena around the 1977 Voyager Space probe launches. In one sense, this is a fascinating psycho-geographical essay on deep space exploration. The result is a rich & evocative tapestry of musicality that draws the listener in.

Both albums come as special edition compact disc and download. 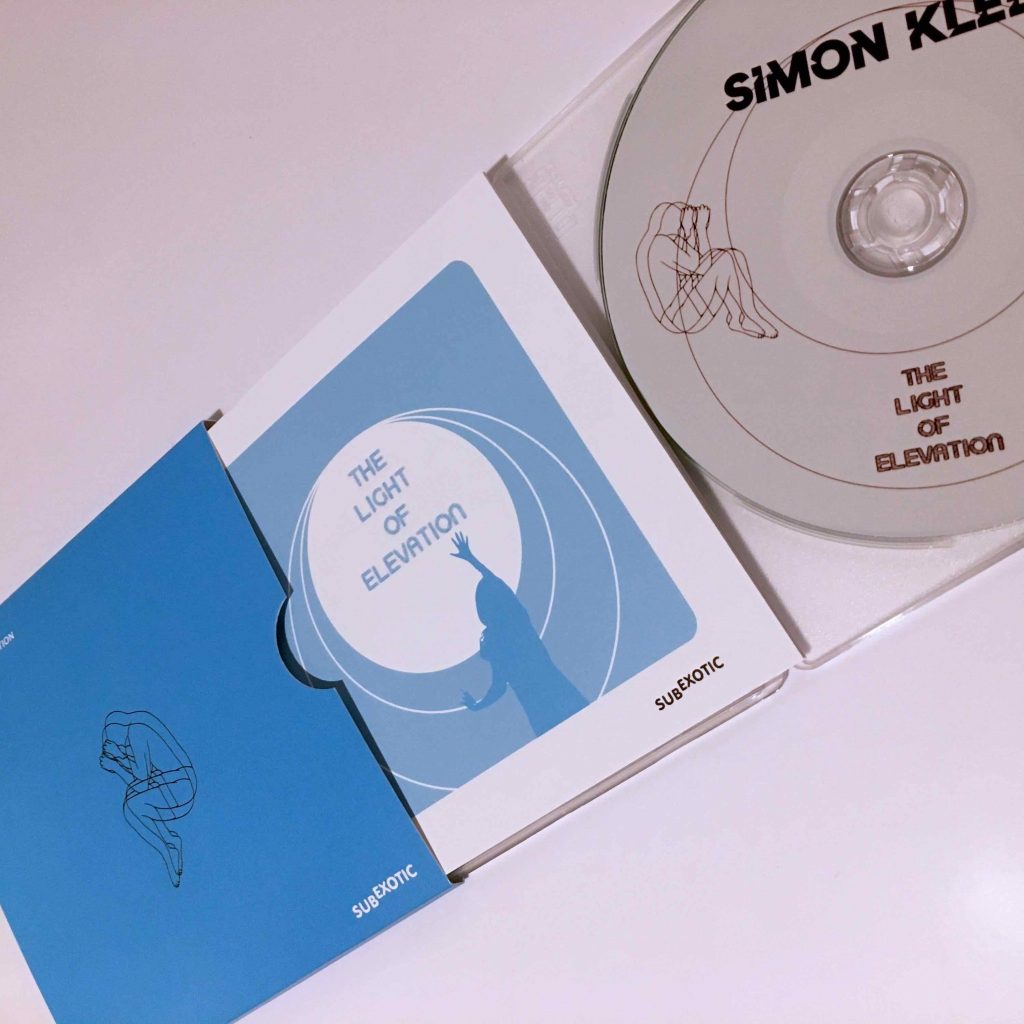 Klee returns to Subexotic with his compelling new solo album - The Light Of Elevation.

Charting its way through a sequence of disorientating themes, including invasive therapy, collective mental transcendency, and blissful states of consciousness, each section unfolds to reveal an overload of mind-bending altered states. This fresh and daring twist on uplifting 'synth-pop' proves to be an exhilarating evolution in Klee's ever expanding musical journey.

The CD special edition is available via the Subexotic shop, with digital on Bandcamp. 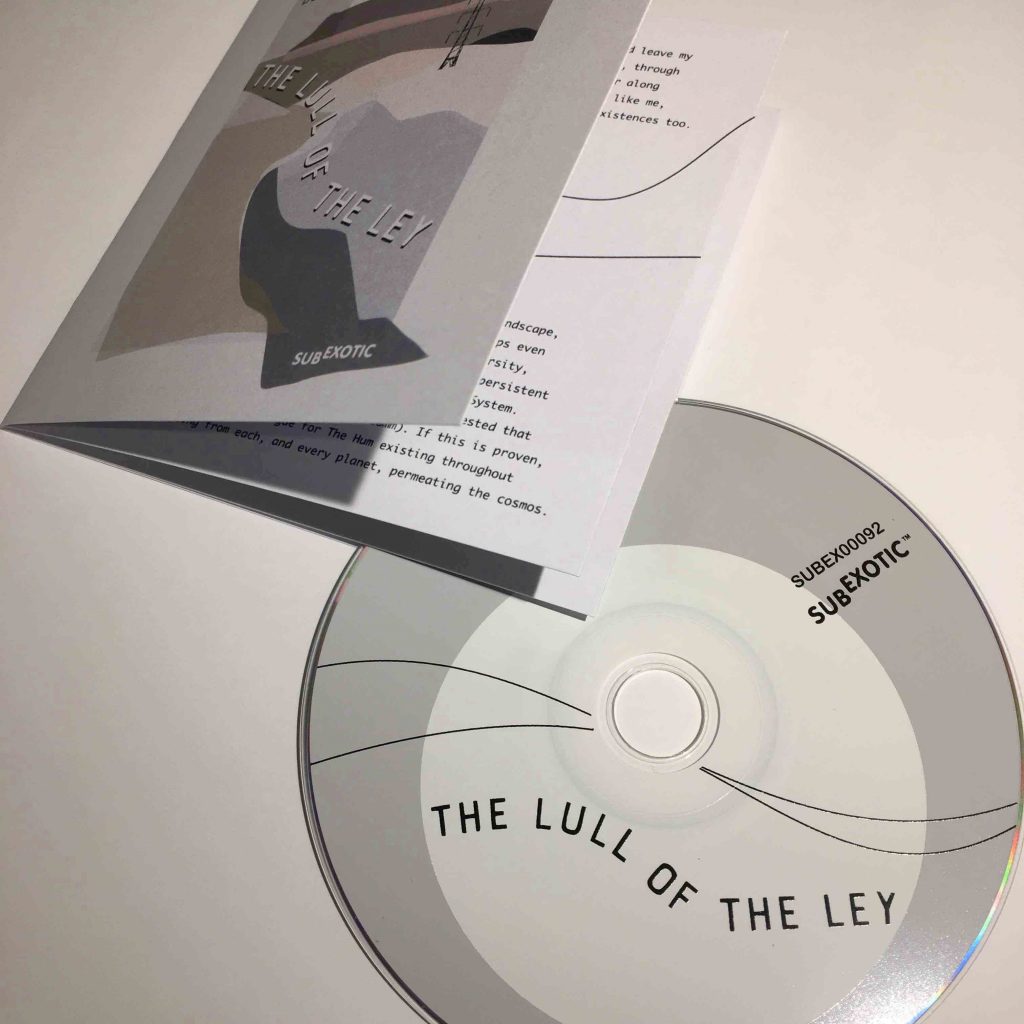 Dogs Versus Shadows THE LULL OF THE LEY CD

Includes limited edition CD with illustrated booklet - feat the writing of Pylon’s muse Lady Liminal. This is a fascinating mixed media collaboration, not to mention an outstanding album. 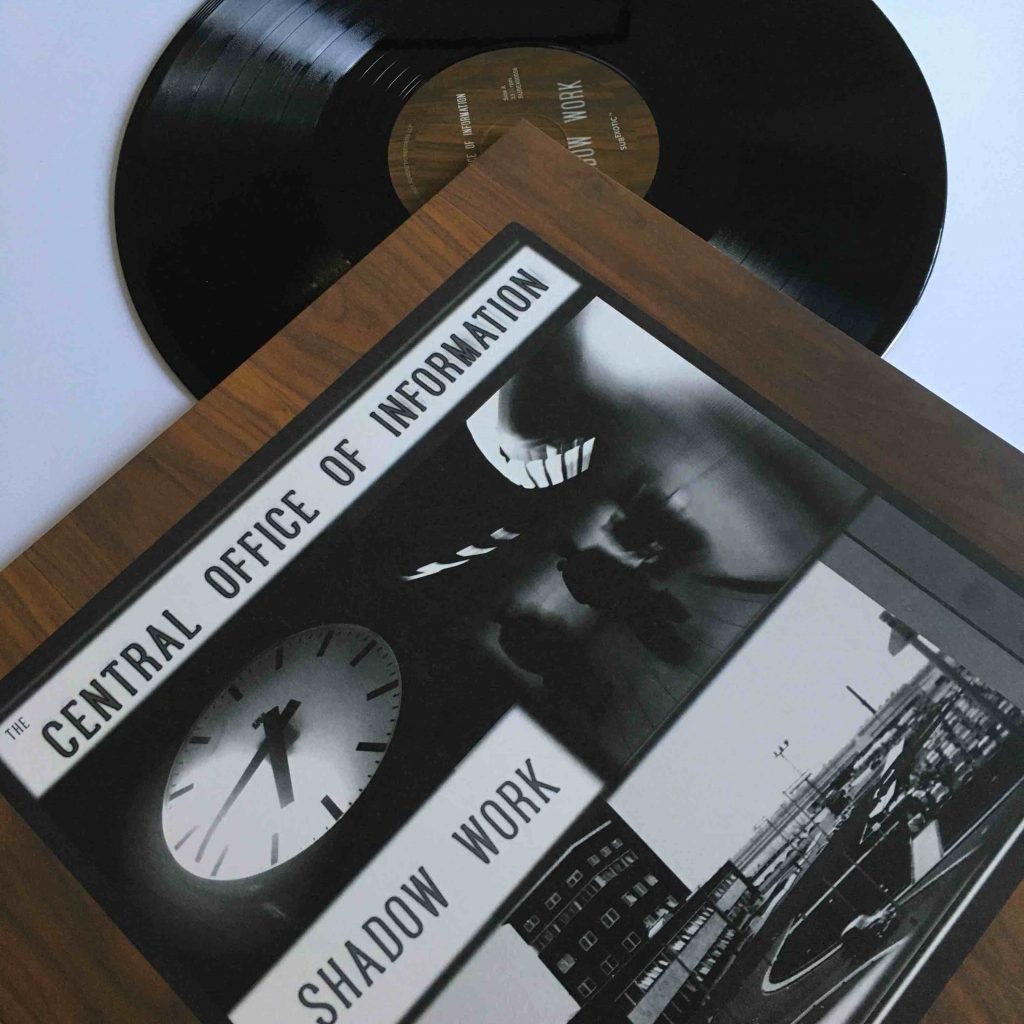 COI delivers a hotly anticipated slice of “future-hauntism”. Cargill is at his self-assured best, including masterful spoken word contributions from the inimitable Bob Fischer and the unmissable DJ Space Terrapin. This is a delight.

Do not miss either of these essential releases..

DVS The Lull of the Ley
COI Shadow Work 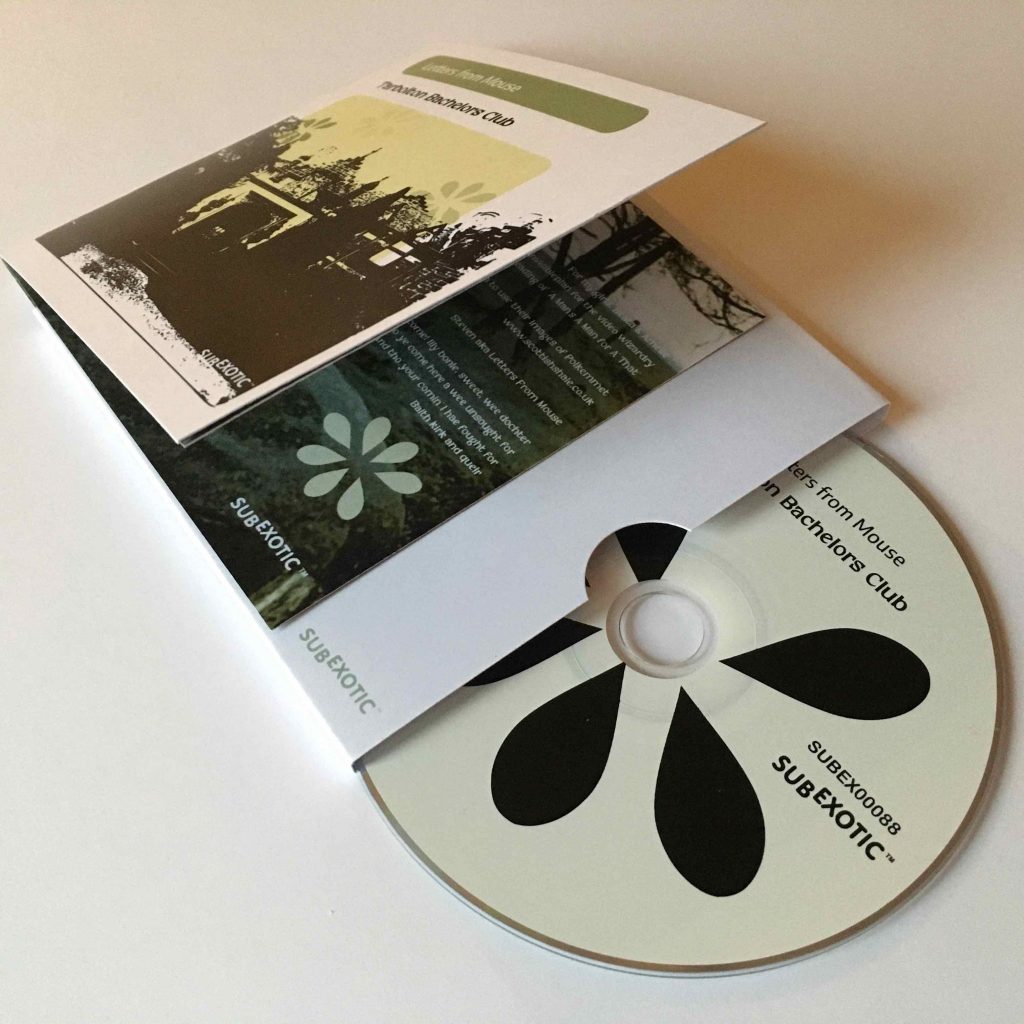 LFM unearths intriguing insights into his locality via modular electronics, field recordings and poetry. The spirit of Rabbie Burns is invoked in this powerful follow-up to last year's widely acclaimed album An Garradh.

The pre-release launches at 1800 GMT 25 January 2022 (Burns Night), with a beautifully presented CD special edition up for grabs.

Passing Cars In The Rain arrives

Subexotic kicks off 2022 with a gripping new split release from Hyacinth & The Central Office Of Information. This includes a special edition Compact Disc package as well as digital download.