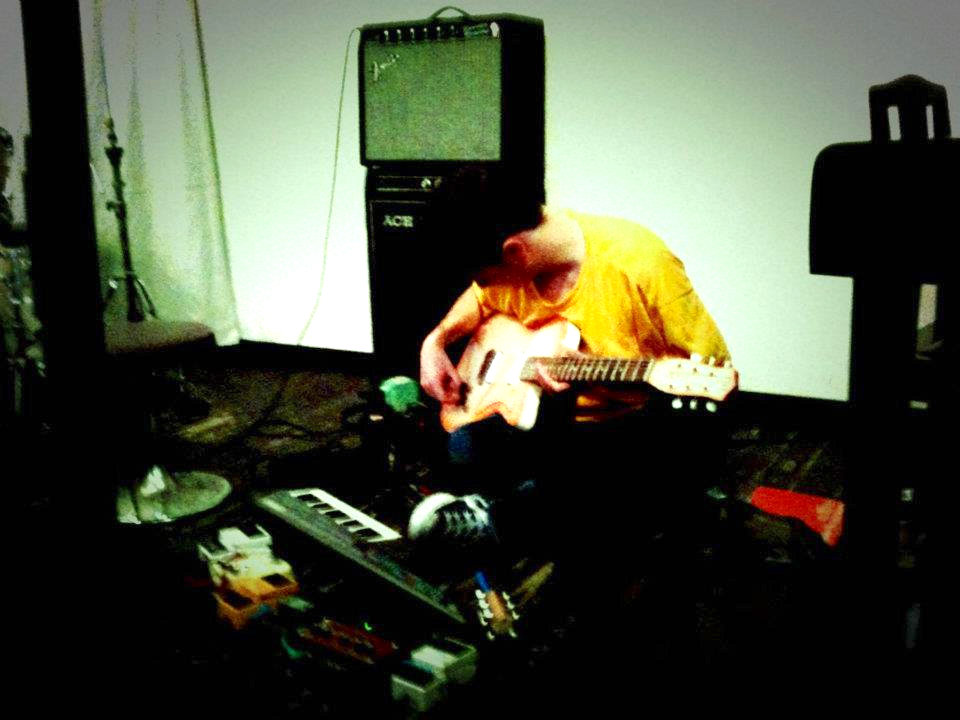 Neil Debnam (aka Broken Shoulder) has been making music for over a decade, with five albums to date. Based in his tiny Tokyo flat, Neil coyly describes his musical style as:

"..the awkward middle ground between real drone and noise and something a bit more conventional. Resolutely lo-fi because of means rather than any creative decision. Mis-using equipment I don’t understand in hopefully interesting ways."

"I used to be in a band called Fighting Kites. We played at a festival in Belgium. A couple of days after the festival I sleep-walked off a bunk bed in a Belgian budget hotel and broke my shoulder. That meant that I couldn’t play the guitar for quite a long time and definitely couldn’t lug around all the usual equipment so I decided to start messing around at home doing things that weren’t physically strenuous and were a bit different from the normal music I was playing in the band. And it turned out to be quite fun doing that."

“The process has changed a bit since the start when it felt like I was channeling some kind of wordless, beatless and melody-less but still slightly conventional songs from out of nowhere. Looking back I can’t really work out how the first release came together like it did. Since then, things have got longer and maybe more oblique. My recording method recently is to do fairly long improvised ‘jams’ which I record all of and then review and cherry pick the good bits after I’ve slept on it a bit. Sometimes the bits I thought were great become terrible and sometimes throwaway bits grow into songs. I think I am quite a harsh critic of my own music and am worried about veering into cliche so cut a lot of stuff. I’m using a lot more field recordings as layers in recent recordings as I spent a couple of years doing a field postcards project and now I’m enjoying sliding bits of those in places where they start to sound like things that they aren’t.”