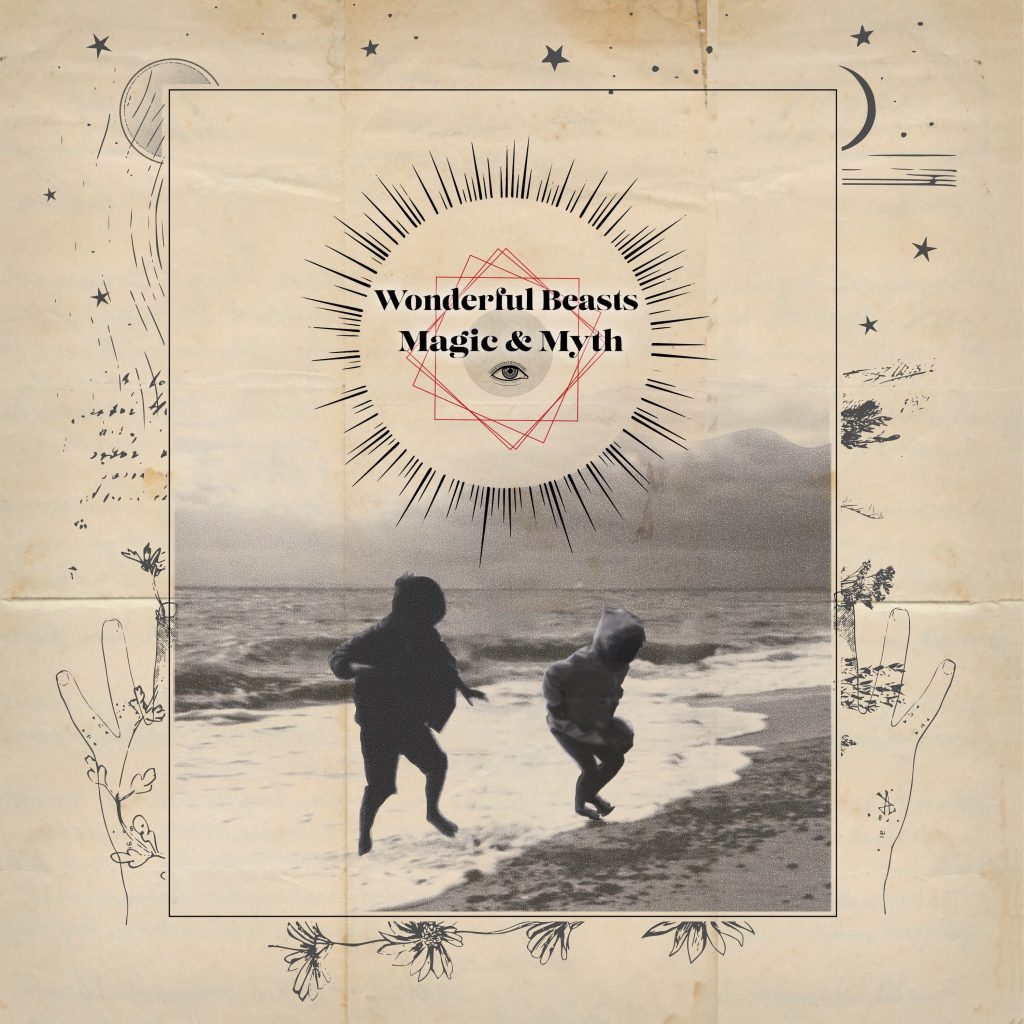 'Magic & Myth’ is the second album from Wonderful Beasts, a sound art / electronic music pairing of the anonymous Xqui and Carl Knott (boycalledcrow, Spacelab). The album follows their debut collaboration together, ‘The Art Of Whisper’ (Wormhole World, 2020). ‘Magic & Myth’ will be released as a vinyl and digital edition by Subexotic on 20th May 2022.

From the elegiac tones that open ‘Dreamers’ to the closing bars of the strident ‘Lucky Man’, a triumphal, celebratory outlook can be heard across the thirteen tracks presented here. These are instrumental pieces filled with hope and tenderness; with love and sweetness; with yearning and joy; with memory and reflection; with pensiveness and patience.

We hear the bright and delicate folk guitar manipulations that have characterised Knott’s work as boycalledcrow and traces of the plunderphonic, out-of-place field recordings and loops that have been a consistent presence in Xqui’s prolific output. Holding these disparate elements together is a beatific, bucolic ambient structure, full of lush pads, crystalline melodies, pealing bell-like clusters and exquisite emotional warmth.

That’s not to say that ‘Magic & Myth’ eschews the element of surprise that both artists are known for. We hear abrasive waves of dark, almost industrial sounds and fragments of voices emerging from the otherwise serene guitars of 'In Love', and skewed explorations of neo-classical motifs on the faux soundtrack cue, 'Theme From David’s Last Dance’.

As the album progresses, we venture into stranger, more oblique territory with the restless, randomised ‘Squidgy Face’ or the insistent processed vocals and evasive melodies of ‘My Mate, The Druid’, pieces that take the naturalistic gestures to be found in abundance elsewhere and which allow them to evolve in unpredictable and often joyously noisy ways.

Powerfully moving, yet consciously understated, ‘Magic & Myth’ is an album for dreamers and thinkers, for quiet contemplation and deep listening, and a significant addition to the growing catalogues of Knott and Xqui.