Hyacinth & The Central Office Of Information Passing Cars in The Rain 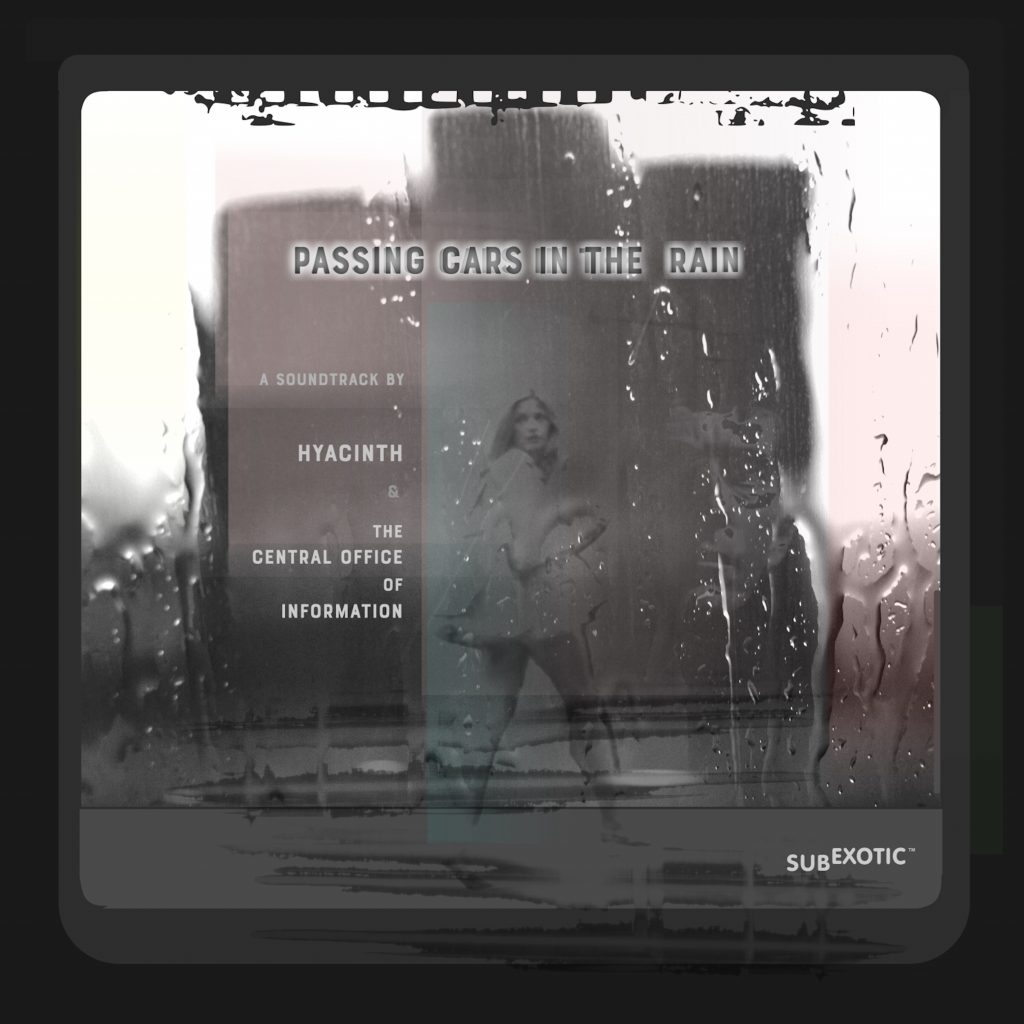 Hailing from Portland, Oregon, and Welling, Kent respectively, Hyacinth kicks off proceedings with a succession of his trademark dada-esque breaks and beats. Compelling, beguiling, restless and transitory, this is Hyacinth at his superb peak.

The Central Office of Information picks up the rainswept transport theme, carving out a suspense-laden electronic soundtrack to create a stunning album counterpoint.

Some bonus Hyacinth works close proceedings with such a flourish, it's hard not to be overwhelmed with the sheer amount of artistry on show.

Passing Cars In The Rain documents two fascinating electronic producers at their finest. A certain treat for the curious explorer..