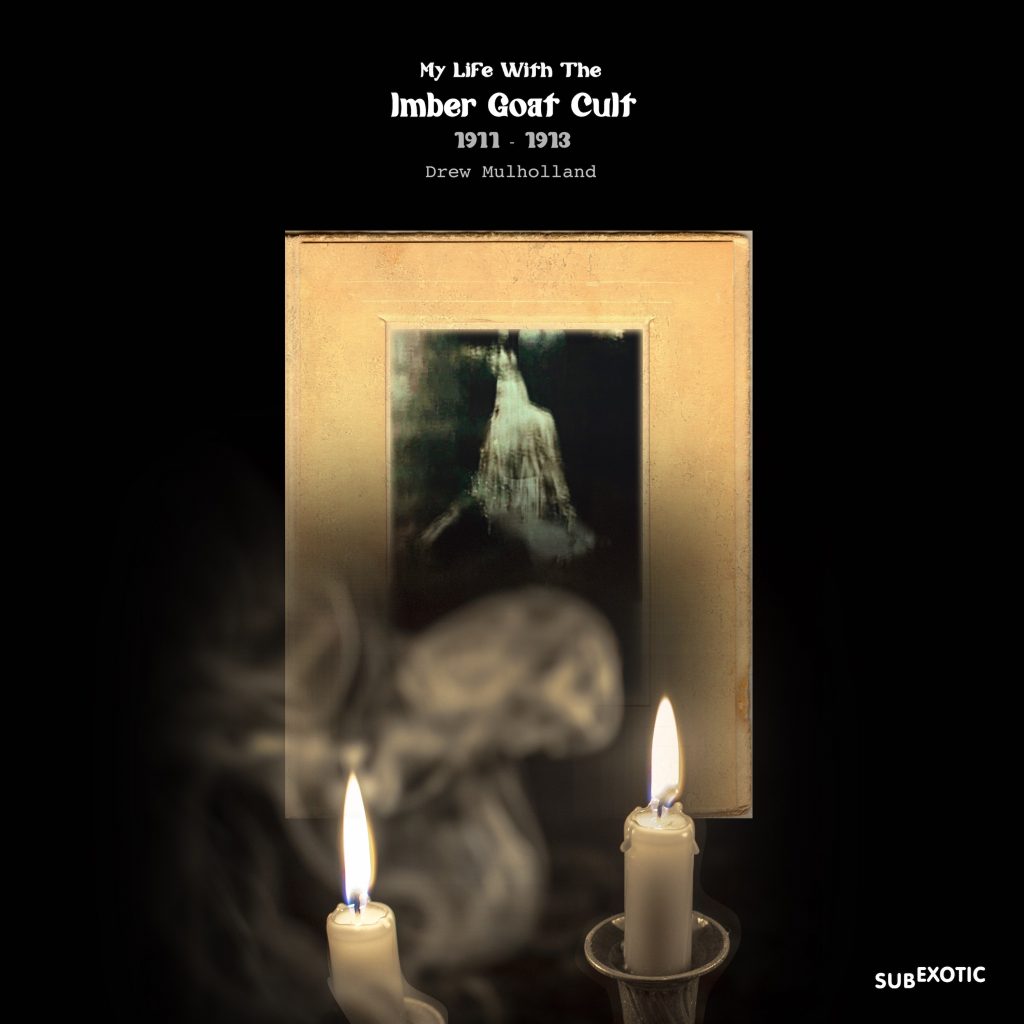 "The ancient palaeolithic cult worship, so much of it associated with the rites of the horned god, still kept adherents everywhere, particularly in the country districts, even until 1939 in the village of Imber, on Salisbury plain.

There were ring dances round a central object which might be a horned figure, the goat-god Pan, sometimes with a candle between his horns, or the demon Eukidon, one who possessed not only horns but hooves and a tail as well.

With seminal work as cult band Mount Vernon Arts Club; a lecturer/composer in residence at Glasgow University; and a prolific producer of experimental, counter-cultural soundtracks; Drew Mulholland is widely acclaimed for his creative and academic contribution to the nebulous fields of hauntology and psychogeography.

Drew's debut on Subexotic, My Life With The Imber Goat Cult (1911-1913), steps into a partially rendered folk-horror narrative. Presented with an intriguing breadcrumb trail through darkly suggestive tableaux, the listener is left to ponder an intricate puzzle, a form of sonic 'word play'.

My Life With The Imber Goat Cult (1911-1913) knowingly conjures a place and time that resonates in the collective imagination. The ancient landscape of Salisbury; unsullied Pre-Great War innocence; and yet the historical record shifts again - what was the 'Outrage at Sutton Veny' in 1967?

There is talk of goat-god worship, but where does the real horror lie?

Thanks to Kate Bosworth at Dark Train