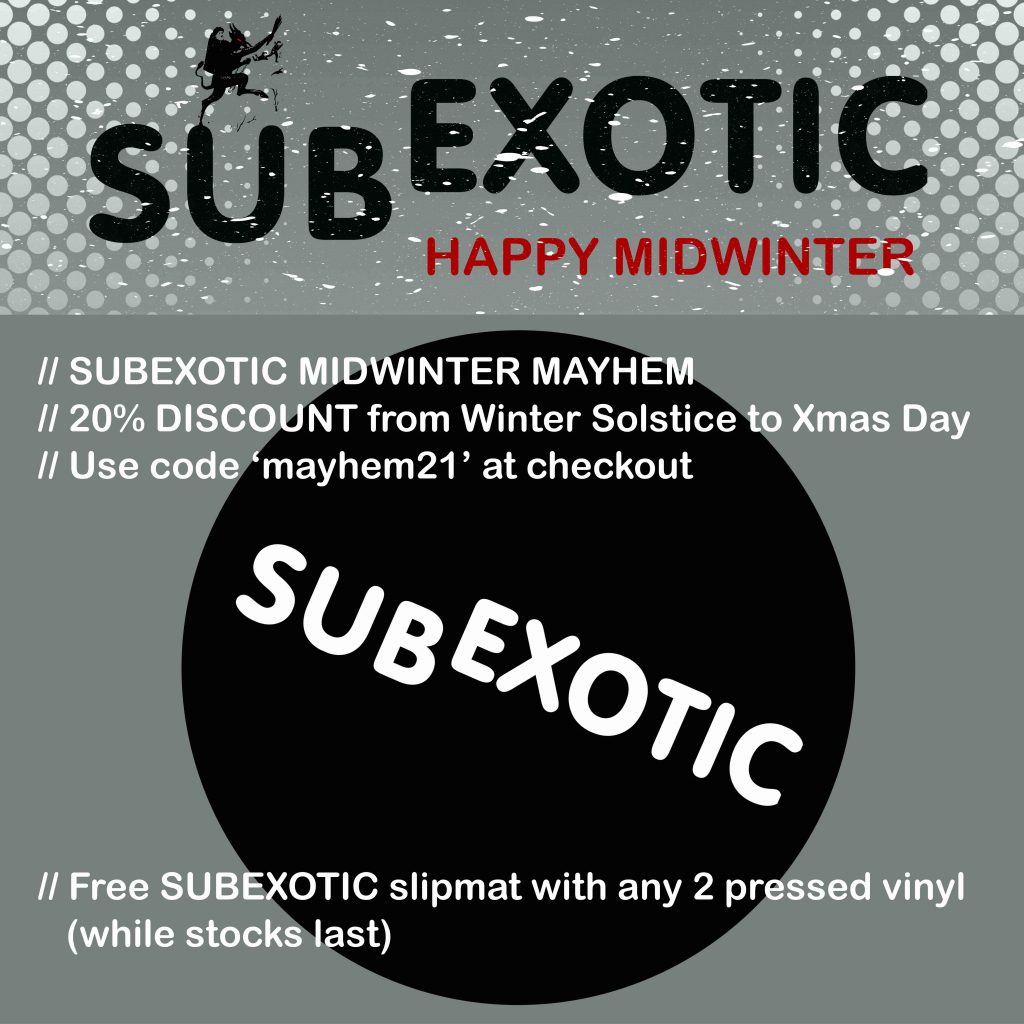 Preston Parris (aka preston.outatime) has joined forces with Subexotic with his third studio album Mirror Radius. This is a beautfully conceived, kaleidoscopic, mature work that seeks to contemplate some big philosophical ideas, taking a deep look at being lost as a positive thing, especially when exploring the natural world. 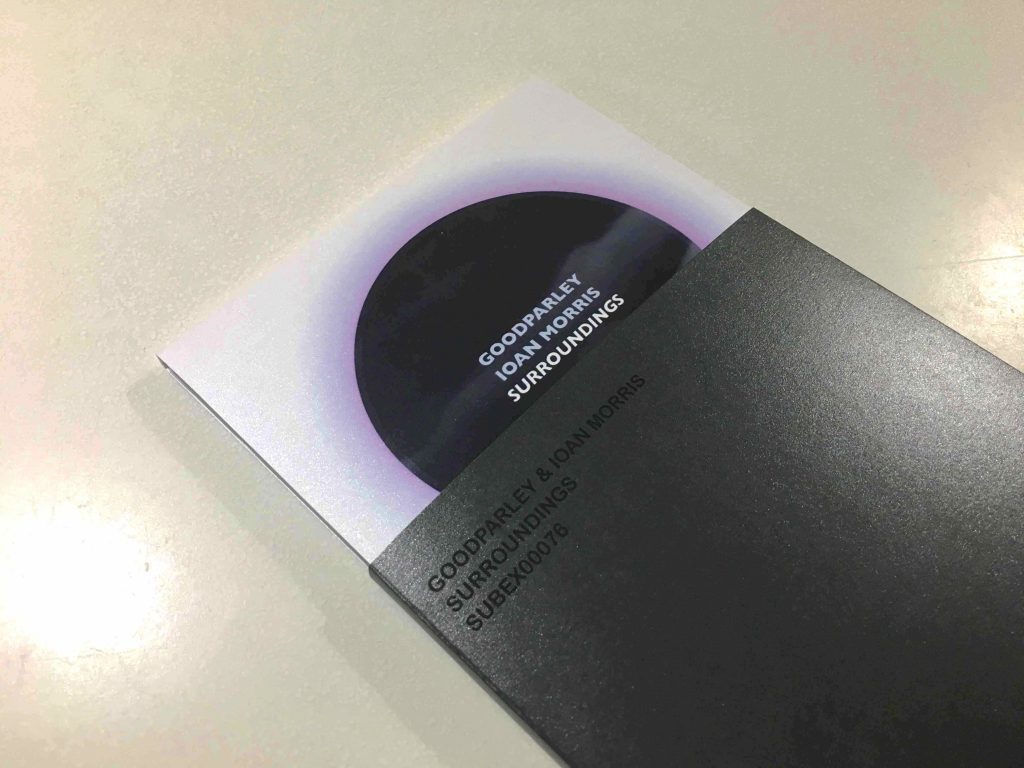 Goodparley & Ioan Morris have conjured up a marvellous set of "electronic tone poems", expressing deep aural musings of the world. Built from Morris’ synth soundscapes and augmented by Goodparley’s layers of improvised guitar, reflecting both the isolation of the album’s creation during lockdown, but also optimism of returning to the wider world. 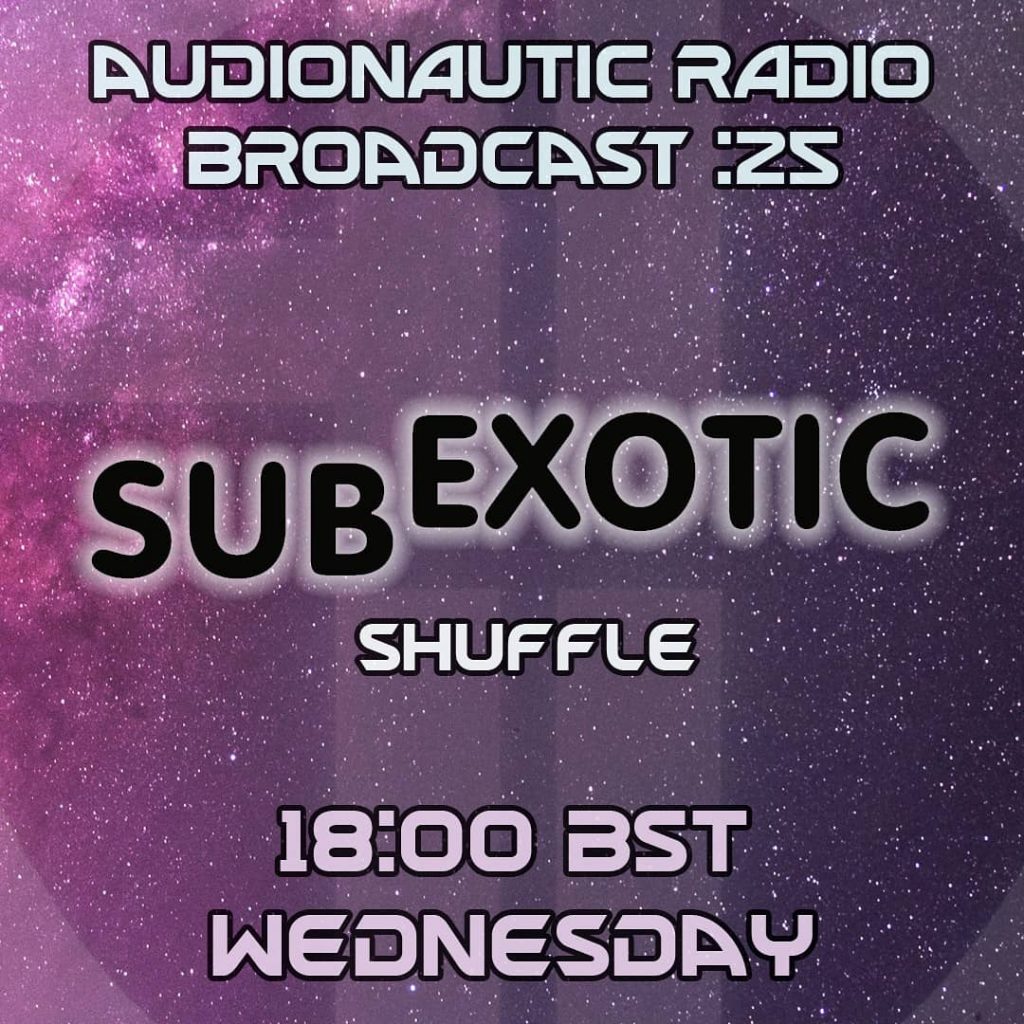 This is well worth checking out - there is so much talent to unpack in this marvellous mash-up that ebbs and flows through the back catalogue, including:

Subexotic is also marking the broadcast with a 10% discount on all products on the Bandcamp store until Sunday 3rd October - use the code Audionautic at the check out.

Dogs Versus Shadows returns with Volte-Face 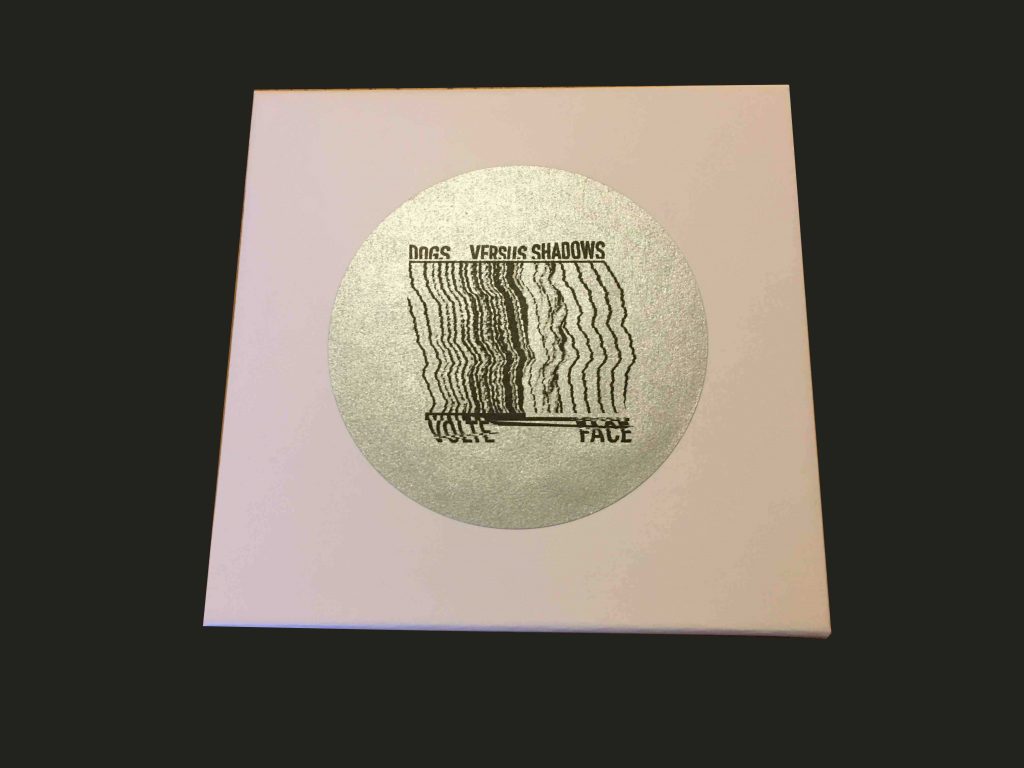 Lee Pylon returns to Subexotic this month with Volte-Face, a four part cinematic suite that pushes the DVS universe to unexplored limits. Straddling a vast array of captivating musical styles, this is also available as an eye-catching limited edition CD box-set package, exclusive to Bandcamp. Well worth investigating further!

Lally's score is superb, combining elements of jazz, industrial, contemporary classical and electronica, with the resulting mix sounding akin to a soundtrack to a Wim Wenders film if composed by Jan Garbarek, Carl Craig and Max Richter.

The Bandcamp release also includes an early-bird bonus, with the first 50 copies including 2 exclusive short story artcards, written and designed by Rupert Lally himself.

*UPDATE: The early-bird bonus edition sold out in under 45 minutes, many thanks to everyone who supported this. Good news for anyone who missed out - a night-owl edition, consisting of the last remaining copies of sodium yellow vinyl, is still available through Bandcamp. 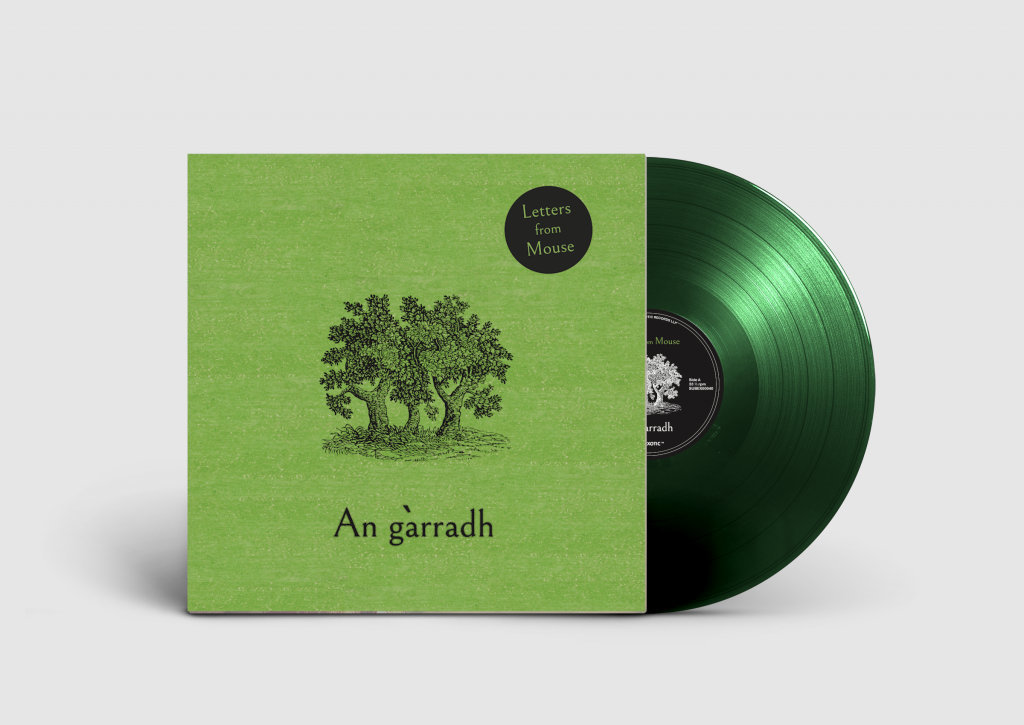 We are delighted to confirm Letters From Mouse's enchanting album An gàrradh is in the running for Scottish album of the year 2021.

Using pared down modular synthesis, this much-loved album narrates the artist's relationship with the natural world, as viewed from the rear window of his lockdown retreat. The whimsical joy of life, coupled with the melancholy sorrow incumbent in this mortal coil, make for a compelling journey. If you missed it's initial release, there is limited stock of the beautiful transparent green vinyl edition still available..

Subexotic Records are delighted to be working with the super-talented duo Aum Taeppers. Their debut album Oumbra simultaneously flirts with krautrock, electronica and minimal music tropes, moving from impenetrable electronic thickets into restless rhythms of euphoria and back again, fluctuating between psychedelic noise, leftfield popular music and a beloved midnight movie ambience.

Their striking debut album is now available as a beautifully eye-popping CD package, including imagery artwork from Aum Taeppers' own Daniel Vujanic. This is exclusive to Bandcamp and numbers are limited.

Fashioned from a collection of tracks hitherto believed to be lost to a cruel computer malfunction, Synchronization was salvaged from a final reboot. No editing, no tweaking, no second chance, these tracks have reached terminal velocity. Luck is on our side. What remains reveals a series of intricate yet powerful soundscapes, with finely wrought motifs that repeat and build to create Onepointwo's trademark shimmering psychedelic impact. 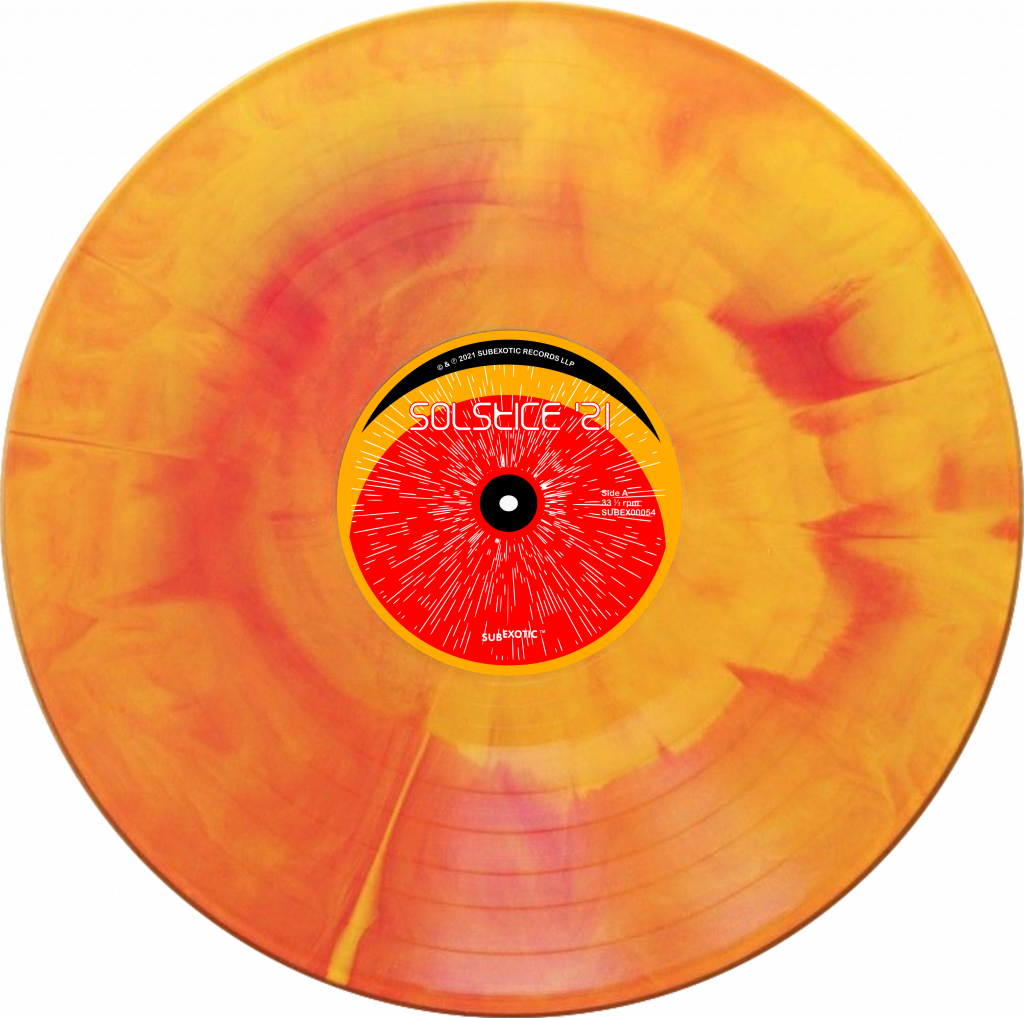 In such dark days, the age-old practice of celebrating the move from shadow to light, feels steeped in a renewed symbolic power.

Solstice '21 marks this significant moment with a rich array of musical offerings. Reflective, lively, and always powerful, this collection is spun with modern twists of an ancient thread.